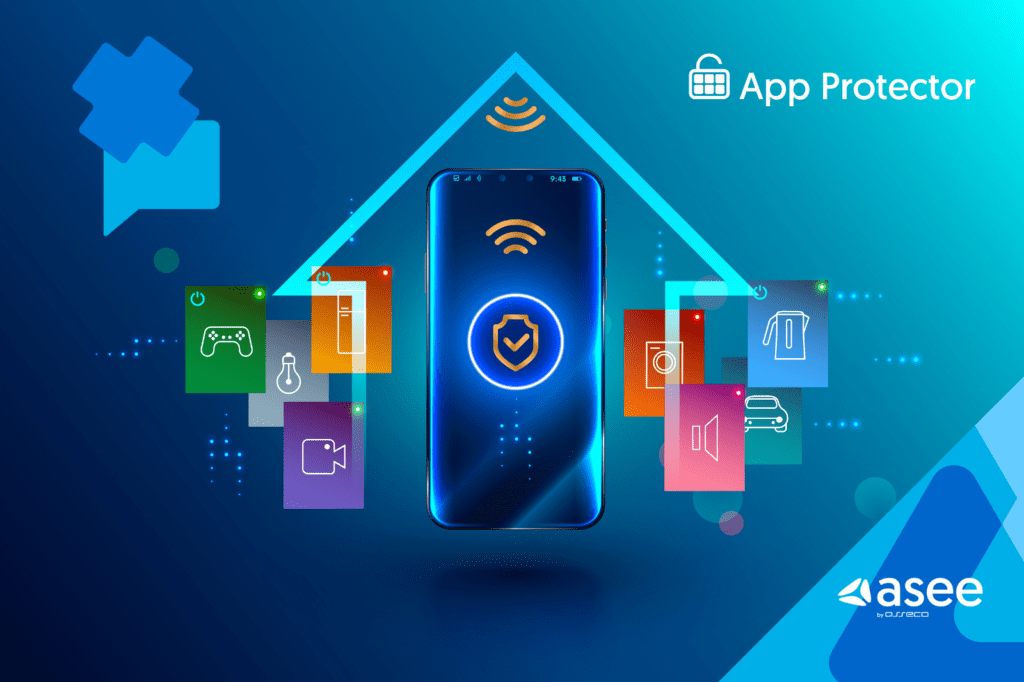 What is mobile application hardening?

Static analysis involves decompiling or disassembling the application on a local machine, i.e., offline. The goal of static analysis is to gain access to the source code, understand the code logic, and finally reverse engineer the application. Also, the malicious actor could examine the code in order to exploit possible vulnerabilities and extract sensitive user and company information.

Dynamic analysis is conducted through remote app manipulation, usually through hooking attacks and debuggers. The attacker observes code execution while the app is running on a test device. This enables the attacker to gain a clear understanding of code logic and manipulate the app, testing it on sight. An example of malicious app manipulation would be bypassing the authentication process entirely.

With today's zero-trust security policies, mobile application hardening is a necessary tool for enhancing the security of your mobile app. Unprotected apps are not only subject to financial losses due to a data breach but could also experience reputational damage, as well as hold accountability for compromising sensitive user data – all being very hard to bounce back from.

In order to know when to react, you must be aware of the triggers that sound the alarm bells. Based on previous incidents and educated conclusions, cybersecurity fraud monitoring software paints a picture of previous fraud patterns and calculates risk levels for various scenarios. With today's cybercriminal activity, there is a lot of ground to cover - and the threats landscape is only growing larger. This points out the necessity of investing in a fraud monitoring solution that continuously grows its possible threats database, making sure that the solution is evolving as new fraud patterns emerge.

By having the data and fraud patterns in place, the fraud monitoring solution will alarm you in case of suspicious activity. In the case of mobile application hardening, one of the hardening techniques features privilege escalation – the system recognizes that an unauthorized user has granted themselves access to protected data or restricted networks. The most common way to overtake system control is through jailbreaking or rooting. If privilege escalation detection is in place, it will notify you in case the system is compromised.

They say that prevention is the best cure, and when it comes to cybersecurity, this can't be more true. In terms of mobile application hardening, it is mentioned that its main goal is exactly that – prevention. A number of hardening techniques are directed to slow down and, ideally, stop an attacker from executing their malicious intent. Some of the most common mobile application techniques used to prevent attacks are code obfuscation, anti-tampering, emulator, and jailbreak/root detection – all explained in the following chapters.

Code obfuscation is a mobile application hardening technique based on preventing the user from effortlessly reading the accessed source code. It relies on numerous sub-techniques such as rename obfuscation, packing, dummy code insertion, and more. The main goal of code obfuscation is to alter the original code in a way that an attacker can't interpret. Of course, the altering of the code does not affect any functions or the final performance metrics of the mobile application.

Passive hardening relies on methods that stop the malicious actors from reading a locally accessed application code – obfuscation. The objective is to make the code difficult to read for the bad actor. Another option is to lead them in the wrong direction by introducing meaningless pieces of code or redundant logic that does not affect your mobile app's performance.

Active hardening includes security mechanisms enabling the application to protect itself at runtime. In case the security mechanism recognizes a pattern resembling a hooking attack or a jailbroken device – it will respond accordingly without any human intervention. The response options vary depending on the configuration; the application will automatically terminate execution, notify the app owner about a potential threat, or display a false value stopping the attacker from further progress.

Code obfuscation is effective at making the code hard to interpret for the malicious actor. This makes it harder for the attacker to understand code logic and repackage your mobile app through reverse engineering. While the application code is obfuscated, this does not have any effect on the mobile application's functionalities and performance metrics.

Similar to code obfuscation, this mobile application hardening technique focuses on obfuscating parts of code that contain sensitive data. So, if a hacker gains access to a database, sensitive information, such as financial data, would appear as a string of random charachters.

Although debuggers are a handy tool for hones developers, hackers use debuggers for reverse engineering. This mobile application hardening technique detects and blocks malicious use of debuggers.

Auto-expiry logs out a user after a set period of inactivity within the mobile application. It is common for m-banking applications and other apps containing sensitive user and company data.

By running an application on an emulator, the attacker can easily gain an understanding of the app's code logic and use it to reverse engineer the app. Emulator detection is one of the fundamental mobile application hardening techniques that both detect and prevent fraudulent attempts.

Including stand-alone keyboards in your mobile application helps prevent keylogging attacks. Keylogging is a hardening technique used to track and record every keystroke made by the user on the other end. In case the keylogger tool records the entry of user credentials or financial information, a stand-alone keyboard would hide the user's actions from the malicious party.

When mutual authentication is present, certificate pinning prevents man-in-the-middle attacks. Usually, pinned (or approved) certificates are embedded within the application during the development process. This results in an additional security layer, making it harder for the attacker to compromise the pinned certificate.

If a device is rooted or jailbroken, this means that all security limitations put in place by the device manufacturer are no longer up and running. If you decide to jailbreak/root your phone, keep in mind that your application data and security keys are extremely vulnerable to attacks. This mobile application hardening technique ensures that the user is alerted in case device security is compromised and takes further security actions.

Low security coverage of mobile applications does not only impact you financially – you're risking your brand image and reputation. The word about a data breach will spread fast, and consumers will find themselves uninstalling your app even quicker. By investing in a mobile application hardening solution, you're gaining both a competitive advantage and your consumers' trust.

In case the application is for enterprise purposes, smartphones are harder to manage than other company devices. The remote workforce is also no stranger to using business phones for private purposes. Ensure the security of your app through mobile application hardening regardless of the environment it's running on.

If your application handles any type of sensitive data, whether user or company-related, implementing mobile application hardening is a smart move. A data breach puts your company and the entirety of your customer base information at risk.

In order to reverse engineer a mobile app, the attacker would typically need access to the application's source code. If hardening techniques such as code obfuscation are in place, you're ensuring that no reverse engineering will take place.

Anti-tampering methods, such as integrity checks, disable the attacker from manipulating the app and extracting sensitive data.

Due to known and emerging fraud revolving around mobile, there are regulatory requirements that demand mobile applications to have specific security mechanisms in place. For instance, the PCI-DSS standard, aiming to protect stored credit card information, states the following:

"Mobile payment-acceptance applications should be hardened to prevent unintended logical access or tampering with the app."

A solution designed with mobile application security top of mind, App Protector by ASEE, is a security mechanism that integrates with the mobile application's runtime environment. Its capabilities include the detection of an intrusion at an early stage of fraud, prevention of real-time attacks, as well as control over the application's execution. App Protector protects mobile apps from multiple threats, including emulator attacks, jailbreak/root detection, debugging, screen recording, and hooking attacks.

In case you're curious, feel free to contact us or download the datasheet. Our ASEE team will be happy to hear you out. 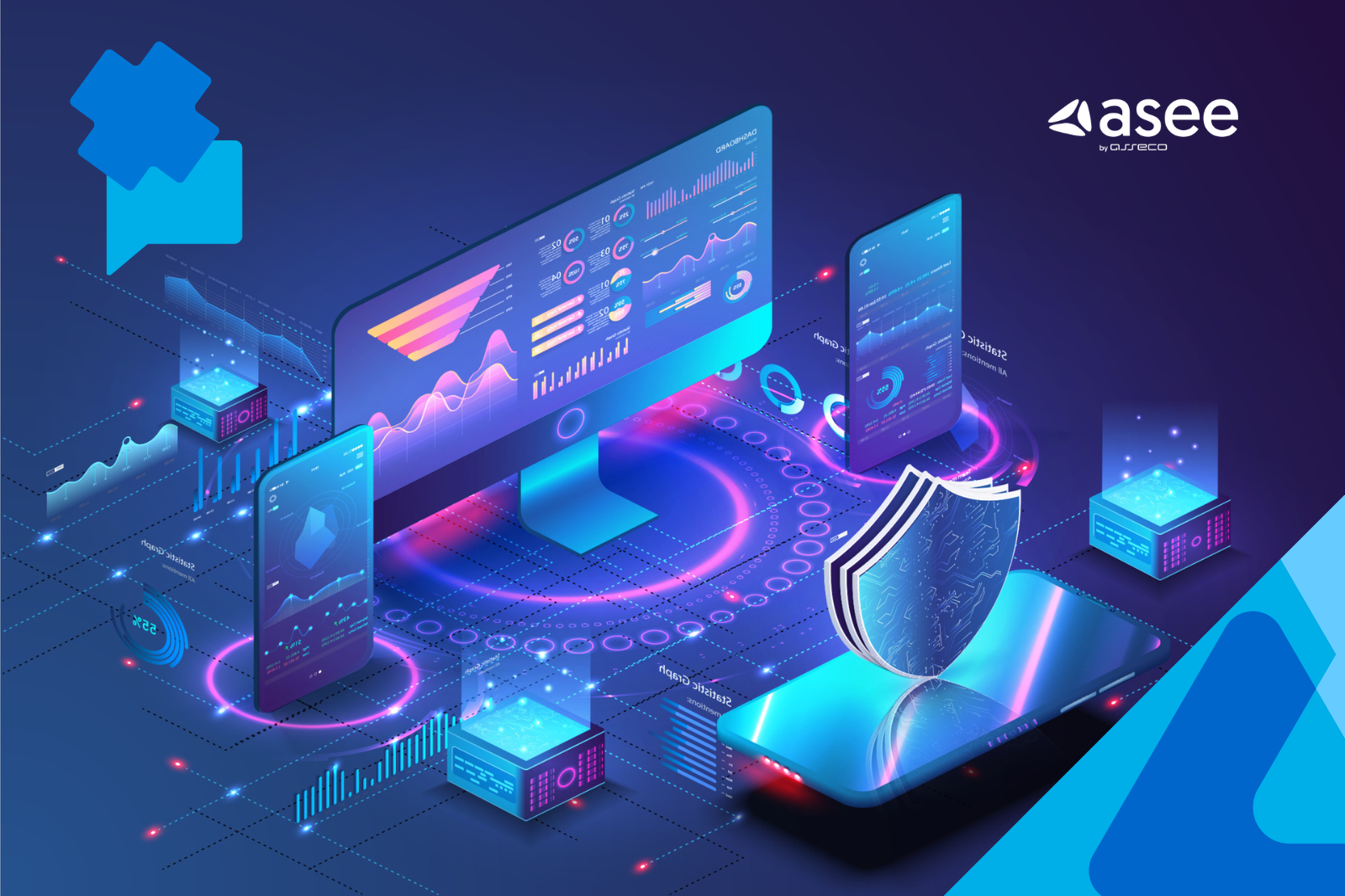 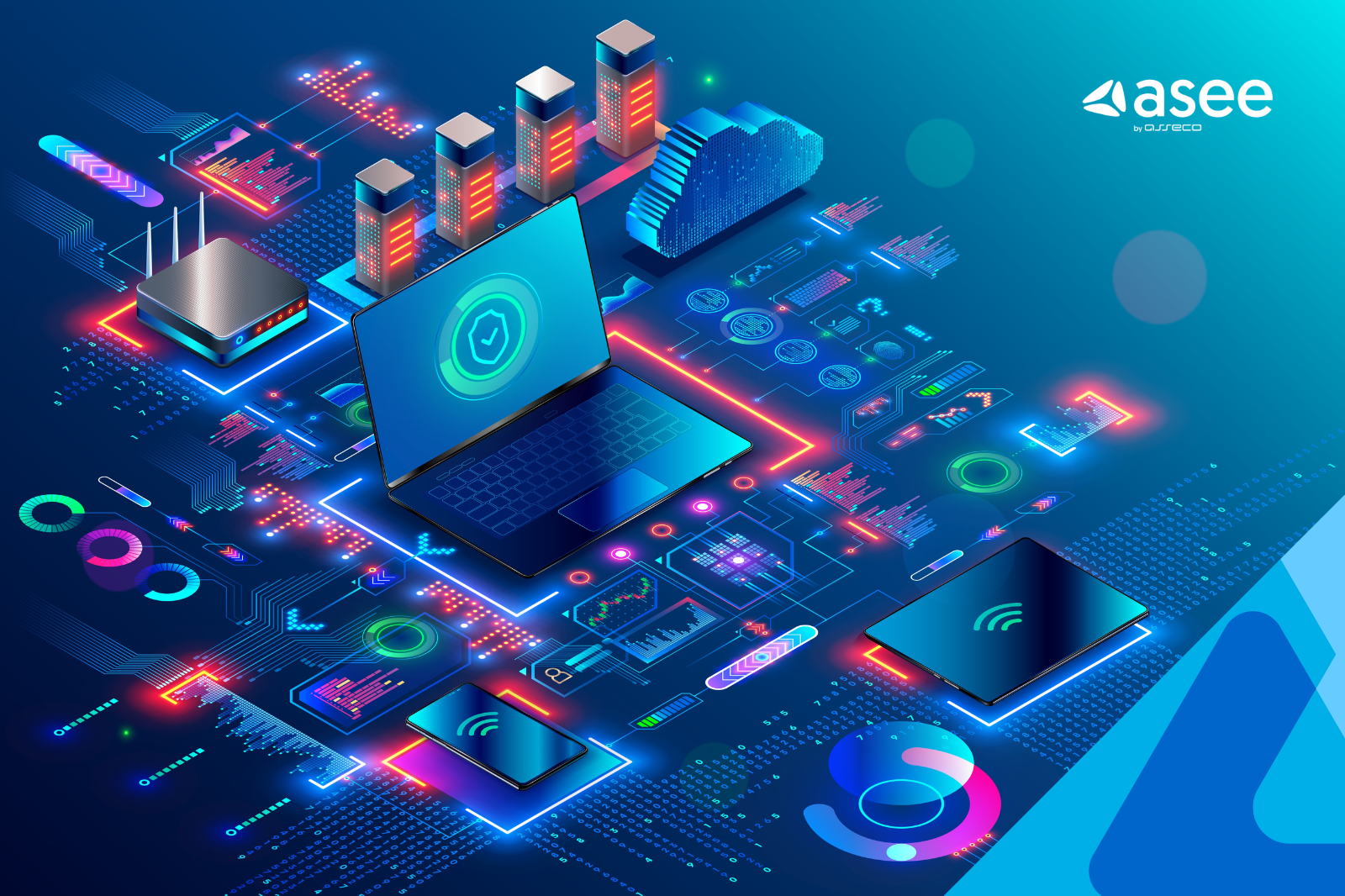 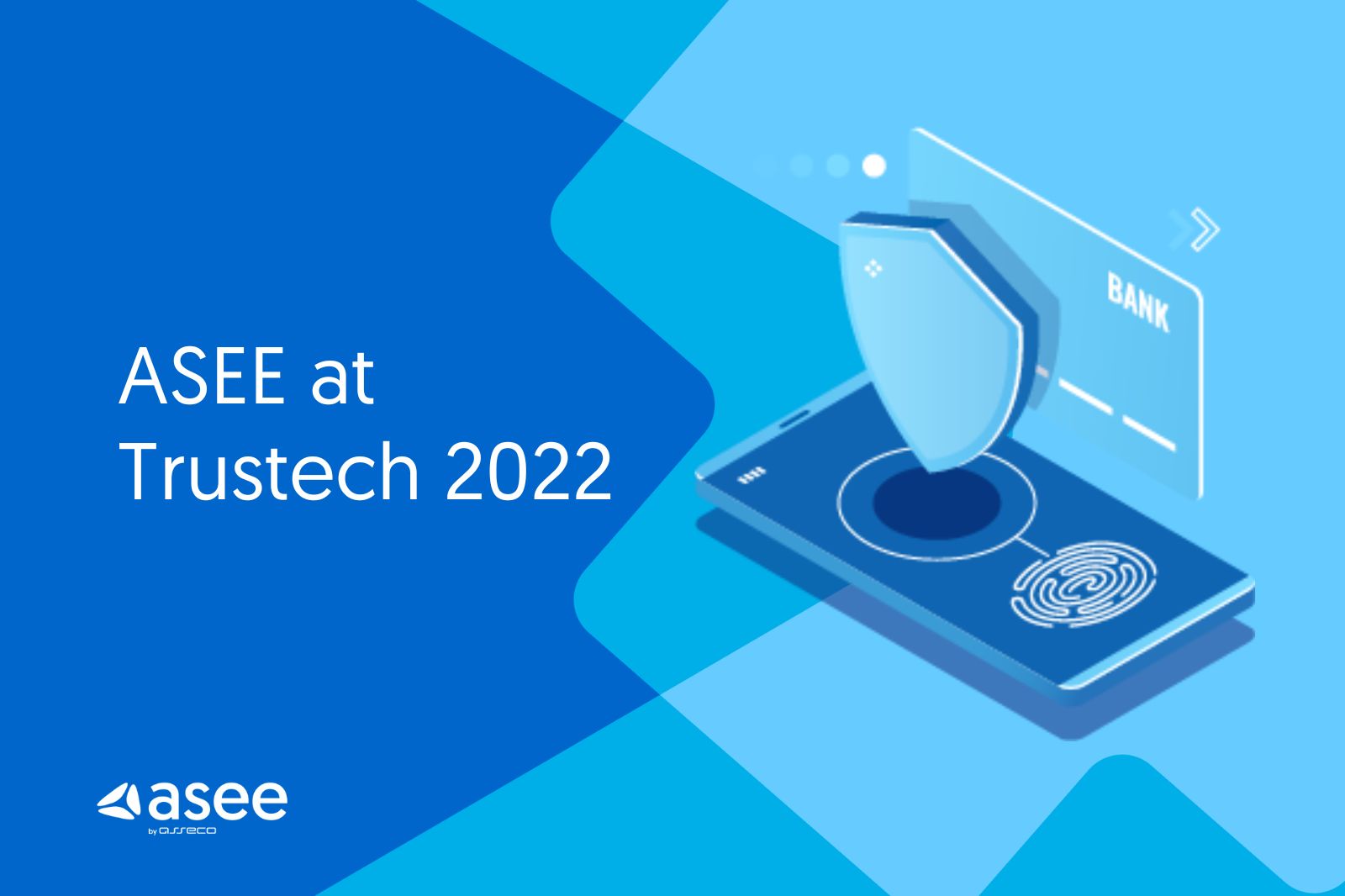